Posted on December 8, 2015 by uconnpolisci

On the weekend of November 13-15, the UConn Model United Nations student organization held its 17th annual conference. In total, the conference hosted over 300 delegates, debating a plethora of different world-pressing topics in 15 very different UN-based committees. Throughout the weekend there were many topics discussed, valid arguments that arose, and a great deal of eloquently written resolutions that were passed.

Overall, the students who attended the conference gained a great deal of experience with regard to parliamentary procedure, public speaking, and writing working/resolution papers. In addition, this year’s conference had two key note speakers, the Human Rights Institute’s Samuel Martinez and Shehab Chowdhury, UNICEF’s community engagement fellow based out of New York City.

Pictured above is the over 100 member student staff! UCMUN is one of the largest clubs on campus!

Students below debate the Israeli-Palestine Dispute in the ICJ committee lead by Maye Henning ’17. 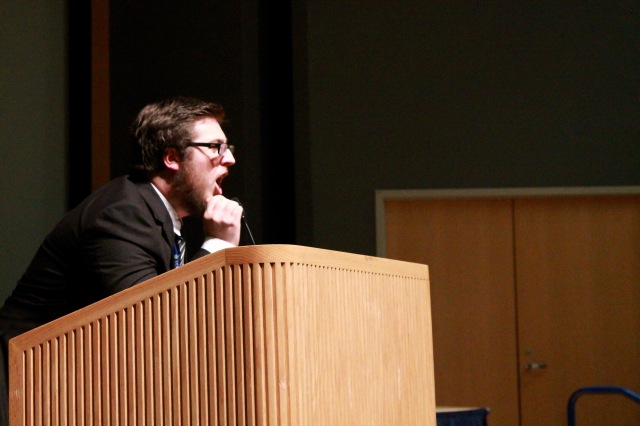 This entry was posted in Event, International Relations, Richards, Undergraduate. Bookmark the permalink.